Hello! Tickets will soon be available for our writing extravaganza on the 28/08 , at a low, low price of £2 a head.

When active, you can buy them at the below link. You can purchase on the door also, if capacity allows (cash only if buying in person)

And the page for tickets and further info is: http://www.swconline.co.uk/swc-50th-anniversary-info-and-tickets

Some confirmed guest so far include Dr Val Williamson, Tom George, Chris Cottee and more. Want to perform or sell your work too? Drop us a message at southportwriterscircle@yahoo.co.uk stating how you would like to get involved and the length of time you need.

This year had the theme of “Visiting the Past” and many poets dug deep into their own recollections and historical events to bring us a wide view of visitations of times gone by. There were tales of dinosaurs and ancient lands, while others focused on the more recent past with Covid and forlorn glances across the Channel. Each one had something unique and as ever, the standard was incredibly high. From approximately 200 entries, our shortlisters had more than a lot of trouble picking out the sparkling jewels from the pile of other equally sparkling jewels.

We did have our usual rogue’s gallery of errors though, entrants who chose to interpret the rules more liberally than most and were disqualified because of their poor choices, but generally the vast majority of poets played along properly and had their work considered carefully.

Still no entrants from Antarctica, but we did have a smattering from Spain, Australia and America, keeping the ‘International’ part of the competition alive. It is worth noting that the shortest entry this year was 3 lines long and had 12 words in it, including the title. It made the shortlist but sadly others won through. We want to thank every single person who entered, it takes a lot to throw your words out into the world and enter a competition like this. Keep doing it, the world NEEDS your words.

How do you pick a good poem? Is it something to do with the title? The theme? The voice it speaks with or the message it sends? Is it something to do with the dripping symbolism or the raw emotion packed into a scant selection carefully sounded words? Is it subjective or objective, the way that it hangs together and taunts the reader’s imagination or sense of outrage, or titillation, or revelry or any other of a thousand feelings, each more complex than the one before?

The shortlisters used some or all of the above criteria as well as looking at simple form and function to sift the top 10% and each of those few remaining all had a certain special something about them that drew the mind’s eye to gaze upon whatever the poet held to be important, to enshrine a thought in a case of words. The pieces that did not make it were no less worthy than the winners, but the final few simply had some intangible quality to them that resonated in just the right way at just the right time, as art often does.

While intended for humour, this piece is very poignant and reflective of the way the world is viewed. It has a great perspective on identity and in some ways, mental health. The main speaker has a set of beliefs, which are sometimes gleefully shared by her partner and sometimes, when confronted by the unvarnished mirror, are challenged. The writer has a keen observation of healthy relationships, whether through experience or otherwise and the character here demonstrates an internalised media-influenced self-image which is all too familiar.

Found this poem amusing, imaginative and very thought provoking. There is a deep history here, filtered through a very specific set of circumstances. The writer here has bravely constructed their verses entirely from pieces of context, which come together cohesively to illustrate a life lived through their blistered feet. Excellent description is used, lending vividness to the experience through a memory.

This poem has an interesting construction. It is thought provoking and comforting in a strange way; the growth of an unknowingly oblivious child into an adult who smiles at their own foolishness. There is a very familiar thought at the core here, echoing the old sentiment “If I knew then what I know now…”. Some very strong images here to lend colour to the three brief scenes, giving us thought and backdrops to dwell on and live vicariously through.

Highly amusing spring on favoured Disney characters which is lifelike and relatable in more ways than one. It is more pensive than humorous in a lot of ways, but is certainly very enjoyable with familiar faces being remembered through the cracked lens of adulthood. There have been a few screen adaptations of a grown-up Christopher Robin over the years, but this written example has a certain amount of grit and sting which resonate strongly with any jaded adult who misses a simpler time with the denizens of the Hundred Acre Wood without all the pomp and circumstance of a “grown-up” party.

We have our winning entries picked! We are just doing some final checks before we inform the winners, then the results will be publicly available after the Awards Evening. Details coming soon.

We also have a venue ready to receive us for our 50th Anniversary Festival on the 28th August.

If you want to be a part of it, to perform, give a speech or to show off your writing work, feel free to send a message to southportwriterscircle@yahoo.co.uk with the heading “I want to be involved!”, letting us know who you are and what sort of activity you would be interested in. There will also be stands for local authors to sell their work, so get in contact now. 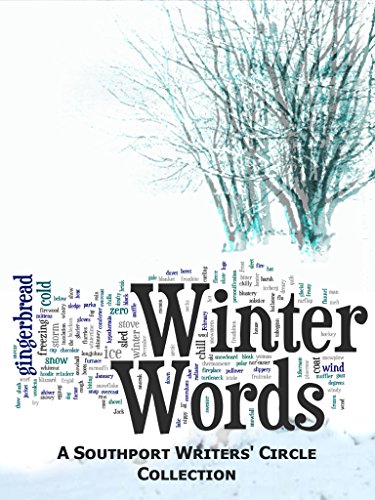